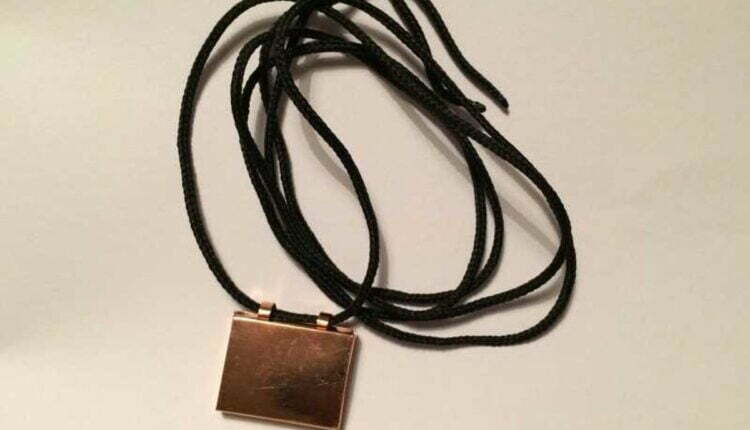 Taweez-talismans in the traditions of people of Sri Lanka

Sri Lanka has a history that dates back from the establishment of the Sinhalese and Tamil kingdoms in the 4th century BCE and is one of the oldest countries in Asia. History has it that in the archaeological sites of Sri Lanka, there were found talismans and taweez. The taweez is a talisman, which has been popular in the Islamic world since medieval times. Such a practice is common among people, especially locals. They believed these items could protect them from evil spirits, dread and unlucky stars that would be cast upon them. Some of these items could be found in the homes and such practices survived to the present day. Today, taweez are sold to tourists in the local markets. The majority of these taweez are made with coconut shell pieces that have been polished and engraved with Arabic letters or phrases. These engravings usually mention Allah’s name, the Prophet Mohammad (PBUH), certain Quranic verses, blessings and writings in Arabic. These taweez are usually used for amulets that help resolve personal problems by invoking Allah’s blessing to solve these problems in a positive way.

But nowadays due to modernization not many people believe in such superstitions. The Kings of ancient Sri Lanka used to think that every land needs a protector and got influenced by such beliefs as well and protected their country from foreign invaders like India under their own symbolical flag with some talisman or taweez in order to have total authority over their territory.

Talismans are objects considered to be very powerful and believed to bring their owner’s good luck and fortune. Taweez is a talisman written in a particular way, either on stone, paper (written by an invoker) or metal or in the form of a necklace, bracelet, earrings or ring. There are three methods by which people can invoke the power of Allah and thus achieve success in their life.1: Reciting Quran: The most important and easiest way is to recite Quran.2: Taqwacoree; This is an Arabic word which means to fear the Almighty. This is achieved by many practising acts of worship such as fasting, staying up in prayer during the entire night, going on pilgrimage to Mecca and performing other recommended acts of worship.3: Am-Allah; This is a Muslim’s belief that Allah hears their prayers and answers them even if they are not recited in Arabic.

Taweez-talismans in the traditions of the people of Sri Lanka are different from talismans used in other cultures. Unlike other talismans, which contain various things such as animal or plant parts, dingo tears etc., taweez-talisman here refers only to Quran verses which may be kept with the body or worn and/or circles written with water on mirrors as well as stones that have been charged by prayers recited over them. Taweez-talismans are used by some Muslims to cure themselves of illness, ward off the evil eye and prevent the arrival of new misfortune. They have also been used to make amulets or oneself as talismans against different types of sorcery.

To understand it deeper, let’s start from the beginning of Islam’s progression to this day. When Arab invaders first came to Sri Lanka, they intermingled with local Buddhists and animists who were on the island at the time. This mixing led to an updated version of Buddhism called Mahayana (known locally as Ajivika), with some influence from Islam in the form of taweez talismans used both by Muslims and Buddhists alike.

Islamic beliefs mandate that one hands oneself over to Allah and trust in him. In the light of experiences, and encounters suffered by people, the creation of amulets emerged as a means to find protection from Allah. Therefore talismans were developed for two purposes:

However, some believe that these talismans are fake and no touch of power may be seen from them. These sceptics base their arguments on the fact that there is no document or written evidence found where those with supernatural gifts predicted some future happenings so events could be coped up with these powerful “charms”.

Can Coffee Keep You Healthy As well as Energetic?