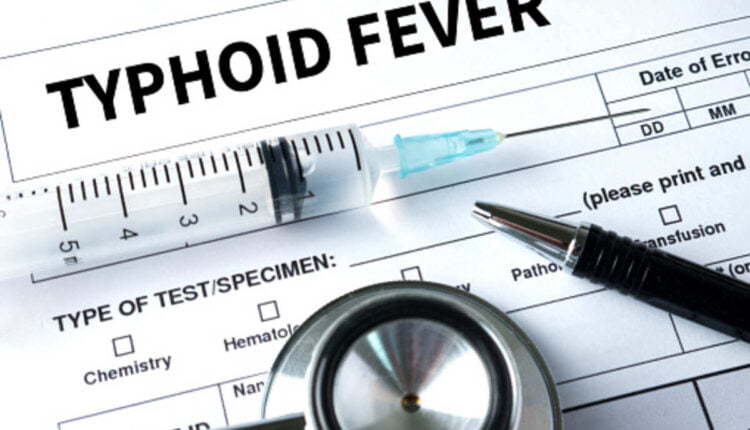 How to Prevent Typhoid

Typhoid is a disease caused by bacteria called Salmonella Typhi, which are often found in food and water supplies. Infected people can pass the bacteria onto others through anal-oral sex or direct contact with another person. While the bacteria are not dangerous, many people with weakened immune systems or a low stomach acid level can develop the disease. However, there are several ways to prevent typhoid.

Typhoid fever is a severe illness, and if left untreated, it can cause serious complications, including sepsis. Severe abdominal pain, nausea, and vomiting are common symptoms of this infection. However, treatment options can help prevent severe complications, and if treated promptly, typhoid fever can be cured. There are four distinct stages of the disease. During the first stage, patients will experience mild to moderate symptoms. The final stage, known as the acute phase, is the most severe and may result in life-threatening complications.

People with typhoid fever can spread the disease to others through contaminated water and food. This is because the bacteria from the disease can live in an infected person’s hands for extended periods, contaminating food and drinks from the infected person’s stool. Therefore, even people with mild illnesses can become chronic carriers. In this case, the bacteria remain active in the bowels for weeks and are likely to be spread to other people.

The most common symptom of typhoid fever is a high fever, typically reaching 104oF. It may also result in a rash. The rash may appear as small, rose-colored spots on the body. The rash can sometimes spread to other organs, including the kidneys, lungs, and gallbladder. Once a person is diagnosed with typhoid fever, the only effective treatment is antibiotic therapy.

The primary prevention of typhoid is using clean drinking water and good hygiene and sanitation standards. Moreover, food preparation should be done with care. Hand washing is essential; food handlers should wear gloves and a mask when handling raw or undercooked food. It is also essential to heat leftover food before eating it.

Vaccination is also an effective way to prevent typhoid. This infection can be transmitted to others through the feces and urine of infected individuals. In places where sanitation is poor, typhoid is common. However, vaccination can only give short-term immunity to the disease and is not recommended for infants and young children.

Vaccination is also a popular method of preventing typhoid. Its high effectiveness can be measured by a reduction in the number of culture-confirmed cases among young children. For example, children aged 5-9 years had a reduction of 17%. In addition, children should wash their hands frequently and thoroughly after eating raw fruit and vegetables. Another effective vaccination is the Ty21a vaccine, administered via capsule every other day. It must be repeated every five years. In addition, children should receive the ViCPS vaccine at the age of two.

Typhoid is a highly contagious disease that can cause serious health complications if not treated effectively. It is a worldwide epidemic, and the use of antibiotics directly impacts preventing and treating the disease. In addition, overuse of antibiotics can lead to the emergence of typhoid resistance.

There is a rapid increase in cases of typhoid resistance to antibiotics. This new strain has emerged in parts of Asia, Africa, and Latin America. This means that existing antibiotics are no longer effective against typhoid. In addition, while newer antibiotics are available, they are not as effective in low-income areas. Consequently, the spread of antibiotic-resistant typhoid is increasing, especially in sub-Saharan regions.

A global conversation has emerged on antibiotic resistance (AMR). At the World Health Assembly in 2018, the World Health Organization endorsed a global action plan focusing on surveillance, prevention, and research. It also urged member states to develop national action plans. By 2020, many countries had their plans in place and identified funding sources. However, many others are still working on finalizing their plans.

Dr Lana Rozenberg – Dentist in the Village of North Hills