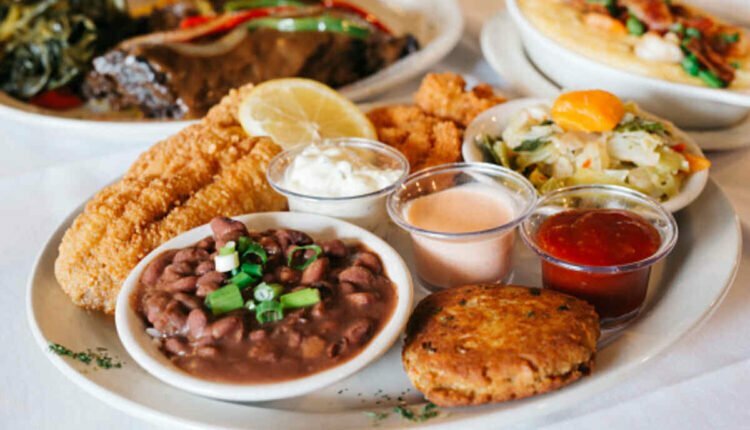 During cold winter, a bowl of mac and cheese is a warm and comforting soul food. Southern baked macaroni and cheese is a dish often made for family gatherings, birthdays, funerals, and church socials.

Southern baked macaroni and cheese are characterized by its creaminess, crispy edges, and salty butter. This dish can be made with various ingredients such as mozzarella, Gruyere or cheddar cheese, cream cheese, bacon, and even diced ham.

A classic soul food southern baked macaroni and cheese recipe is baked in salted water and milk. A cheese sauce is created by whisking flour and butter together. A dash of seasonings, including onion powder, garlic powder, and paprika, are added to the mixture.

The recipe also includes a small amount of cajun seasoning, which adds a flavorful tang to the dish. Finally, the word is baked until the cheese melts and is firm to the touch.

You will need at least three to five cheeses for a good recipe. For example, a good recipe will include mozzarella, cheddar, and American cheese. You will also need a mixture of spices to add richness to the dish.

Mac and cheese is an easy dish to make. You can prepare it ahead of time and then reheat it in the oven at 350 degrees. It can also be stored in the refrigerator for up to two months.

Known as soul food, fried green tomatoes are a staple in the South. They’re delicious, and they’re easy to make. They can be served as an appetizer or as a side dish. In addition, they pair perfectly with many popular breakfast foods.

Fried green tomatoes are made by slicing green tomatoes thin and dredging them in flour, cornmeal, and a mixture of egg and buttermilk. This process produces a crunchy, tangy treat. They’re best eaten while they’re still hot, but they can be stored in the refrigerator for up to two days.

There are many recipes for fried green tomatoes, but the best are found in the Southern region. Southern Fried Green Tomatoes include a quick soak in buttermilk and a cornmeal dredge. These are served with a dipping sauce that is similar to French remoulade.

Fried green tomatoes are an easy side dish or appetizer to make. To make the recipe, you need two large, firm green tomatoes, all-purpose flour, yellow cornmeal, granulated garlic, onion powder, and a dash of cayenne pepper. You’re ready to fry if you have a frying pan, a wire rack, and a paper towel.

Grits are corn-based dishes that are a staple of soul food. The American Indians and European settlers developed these dishes, and Indigenous peoples, for centuries, have eaten them. They can be eaten as a breakfast dish, a side dish, or as an entree.

The best grits are made from stone-ground corn. They are heartier and have a better corn flavor than instant grits.

They are rich in iron, folic acid, and thiamin. They can be topped with bacon, cheddar cheese, and green onions. They are also delicious with tomato, coffee, or “red-eye” gravy.

European settlers then ate the grits. In the 17th century, Europeans became interested in spirits. As a result, they were the first foods to be dubbed “American.”

In the past, grits were often eaten by women. Today, men and women cook grits in their kitchens. These grits are also used to make grit cakes and waffles.

If you want to try grits, you can buy them at a grocery store or online. They are sold in boxes and usually cost under $5.

What is a Torta?